American tenor Bryan Register has received great critical acclaim for his portrayal of roles including Tristan, Lohengrin and Enée and has performed in many of the most prestigious theatres in Europe including Oper Frankfurt, the Semperoper Dresden and La Monnaie.

Upcoming highlights of the 2019/20 season include two house debuts as Tristan Tristan und Isolde for Teatro Comunale di Bologna and Florestan Fidelio for The National Theatre Opera, Prague, and his role debut as Prince Rusalka for Opéra national du Rhin. On the concert platform, he performs Siegmund in the Singapore premiere of Die Walküre with Orchestra of the Music Makers, conducted by Chan Tze Law and Tristan in Tristan und Isolde with the Tokyo Symphony Orchestra, conducted by Jonathan Nott. 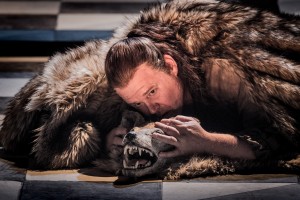 Since moving into Wagnerian repertoire, Register has been sponsored by the Wagner Society of New York and the ‘Emerging Singers Program’ of the Wagner Society of Washington D.C. He was awarded second prize in the 2012 Liederkranz Vocal Competition (Wagner Division), was the winner of the 2008 Gerda Lissner, the 2006 Sullivan Foundation and the Licia Albanese/Puccini competitions and the recipient of a 2006 Grant from the Liederkranz Foundation.

Register trained at the Manhattan School of Music, receiving the Birgit Nilsson Scholarship, and at the studios of the Santa Fe Opera and Glimmerglass Opera.